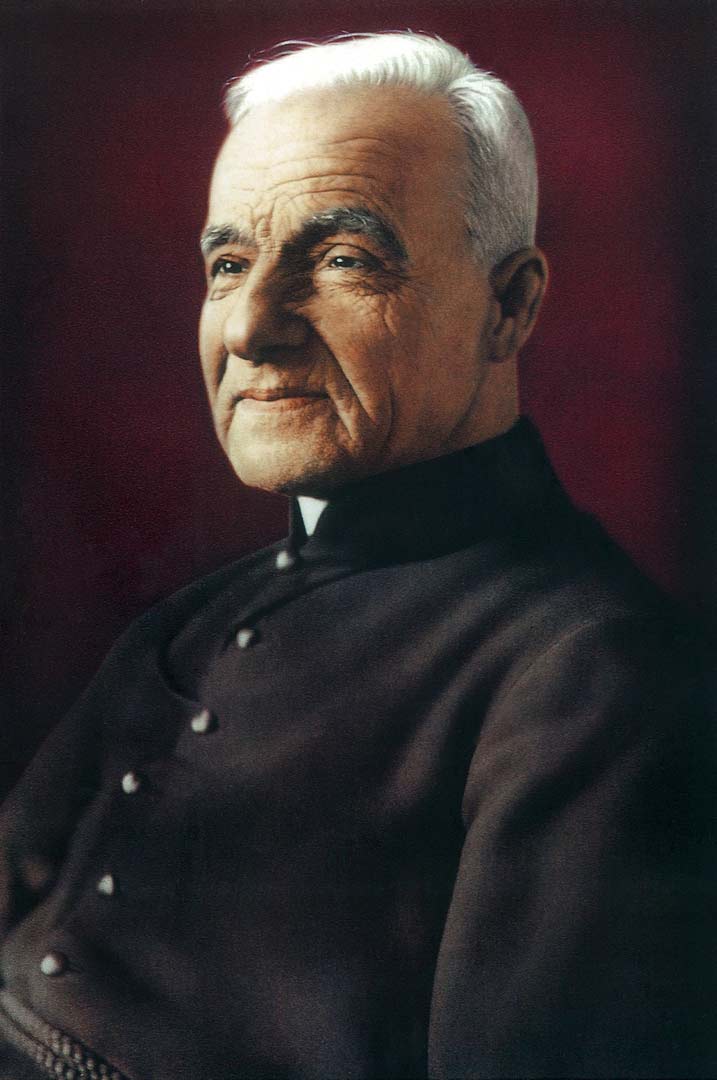 “I am nothing. Only a tool in the hands of providence; a lowly instrument at the service of St. Joseph”

I came to know who Brother Andre was only about ten years ago when I was visiting Montreal as a young seminarian. After saying a prayer in the lower chapel of St. Joseph’s Oratory, I followed a friend to light a devotional candle. There I saw many canes and crutches suspended from the ceiling.

Each year St. Joseph’s Oratory draws two million visitors, many of them asking St. Andre’s intercession for a miracle. As a result, hundreds, if not thousands, have been miraculously healed of their illnesses and debilitating conditions. When St. Andre was alive, he was known as a miracle worker. And even after his departure from this earthly pilgrimage, he still continues to busy himself interceding for other earthly pilgrims who come to him – miracle after miracle, all those canes and crutches left behind by those who received miraculous healing!

When St. Andre died in 1937, at the age of 91, one million people filed past his coffin during the week-long visitation. Cars were not as common as now, and pubic transportation was not accessible to everyone, so the number of people who came to the viewing attests to the importance of the role St. Andre played in the lives of millions of people.St. Andre was a humble and prayerful man, but most importantly, he was a friend, a brother, and a saint.

When he was 27 years old became a lay brother of the Congregation of the Holy Cross, but due to his feeble health and lack of formal education, he was given the most humble and simplest of all duties; he became a porter. He opened and closed the door of the Notre Dame College for people. A simple task it was, but doing that simple task so profoundly well made all the difference in the world. He not only opened the door for people, he also had the privilege of opening the door of God’s love, blessings, and gift of healing! He touched people’s hearts and lives. No wonder his nickname is God’s Doorkeeper.

He is the first Canadian-born saint, and I am honoured to be given this task of building Canada’s first church to be named after St. Andre Bessette.

“Put yourself in God’s hands; He abandons no one.”

“It is with the smallest brushes that the Artist paints the best paintings.”

“When you say to God, Our Father, he has his ear right next to your lips.”

“There is so little distance between heaven and earth that God always hears us. Nothing but a thin veil separates us from God.”

“Practice charity with your neighbor—and this doesn’t mean only to give money to the poor. There are many ways to practice charity. We could, for example, keep ourselves from examining our neighbor’s conscience. There is also visiting the sick, who often do not need money, but who need good advice to help them get closer to God.”